xCoAx is an exploration of the intersection where computational tools and media meet art and culture, in the form of a multi-disciplinary enquiry on aesthetics, computation, communication and the elusive X factor that connects them all.

The focus of xCoAx is on the unpredictable overlaps between the freedom of creativity and the rules of algorithms, between human nature and machine technology, with the aim to evolve towards new directions in aesthetics.

xCoAx has been an occasion for international audiences to meet and exchange ideas, in search for interdisciplinary synergies among computer scientists, artists, media practitioners, and theoreticians at the thresholds between digital arts and culture. Starting in 2013 in Bergamo, xCoAx has so far taken place also in Porto, Glasgow, Lisbon, Madrid, and Milan.

Due to the CoViD-19 pandemic, xCoAx 2020 was online and, building on that experience, so will be the 2021 edition.

xCoAx 2021 calls for papers, artworks, performances and research works-in-progress by scholars, artists, performers and students, respectively, working on any of the multi-disciplinary facets of this event, which will take place online from Monday, July 12th to Friday, July 16th 2021.

You are invited to submit theoretical, practical or experimental research work in the form of papers, artworks, and performances, on a range of topics that includes but is not limited to the following:

Please submit a paper (3.000 to 6.000 words, excluding references) following the formatting in the Word template at http://xcoax.org/xCoAx_2021_Paper_Template.docx

Revision of papers will be double-blind. Please make sure that the PDF file is completely anonymised (i.e. omits author-related information in the body of text or as explicit self-citations, notes and bibliography). Accepted papers will be published in the conference proceedings and a 15-minute presentation video by the authors will be published on the xCoAx 2021 website.

Only Master’s and PhD students can apply to present their work-in-progress and receive feedback from established researchers. Submit a document, following the formatting in the Word template at http://xcoax.org/xCoAx_2021_DoctoralSymposium_Template.docx, comprised of a research paper and a letter of support from your advisor (700 to 2.000 words, excluding references) that should include the following: 1) Purpose of the research and its importance to the field; 2) Brief survey of background and related work; 3) Description of the proposed approach; 4) Expected contributions; 5) Progress towards goals.

Revision of proposals will be single-blind. A revised version will be requested for inclusion in the proceedings after the symposium. Previous xCoAx Doctoral Symposia were chaired by Frieder Nake, Mario Klingemann, Philip Galanter, Simona Chiodo and Marko Ciciliani. The Doctoral Symposium will take place online and it will be a closed event.

Proposals should provide a clear description of the work (in case of online artworks possibly a link to the artwork itself) in the form of a document including the following:

The document must follow the formatting in the Word template at http://xcoax.org/xCoAx_2021_Artwork_Performance_Template.docx

Revision of proposals will be single-blind.

Due to the pandemic, there will not be an on-site exhibition at xCoAx 2021. As such, on top of the reviews from the Scientific Committee, the Organising Committee will favour works that are optimised for an online exhibition setting, either through pre-recorded documentation or as networked or browser-based works, as well as works that are internet-aware or use the internet as resource or theme.

After notification of acceptance, artists will need to provide a 5-minute video presentation that will be included in their artwork’s page. The video is necessary for their entry to be included in the proceedings and on the website.

Proposals should provide a clear description of the performance in the form of a document including the following:

Revision of proposals will be single-blind.

After notification of acceptance, artists will need to provide a 5-minute video presentation that will be included in their performance’s page. The video is necessary for their entry to be included in the proceedings and on the website.

For each accepted submission, one author will have to register as below before April 12. Registrations will open after the notifications of the reviews (March 29, 2021).

Attendance to xCoAx 2021 is free and does not require registration. 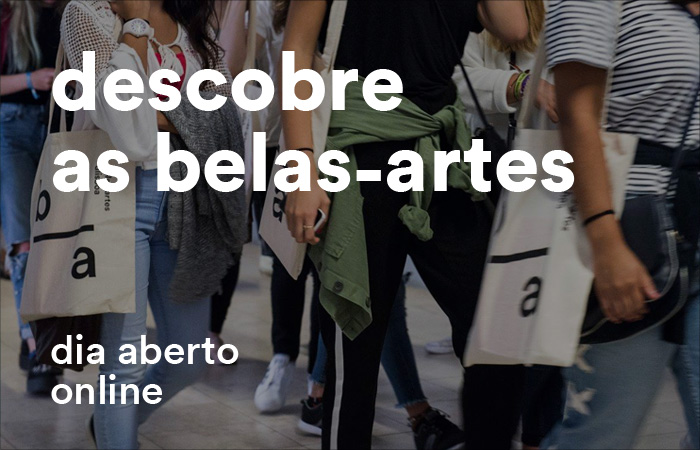 xCoAx is an international conference that promotes the discussion and discovery of synergies at the frontiers of digital art, in the form of a multidisciplinary questioning on aesthetics, computing, communication and the elusive X factor that connects them all. After previous editions in Milan, Madrid, Lisbon, Bergamo, Glasgow and Porto, the 2020 edition was meant to take place in Graz, with a conference and performances at MUMUTH – House of Music and Music Theatre, and an exhibition at the Forum Stadtpark, all under the auspices of IEM – Institute of Electronic Music and Acoustics, at the University of Music and Performing Arts Graz.

Instead, the global CoViD-19 emergency imposed a rapid rethinking of the nature and structure of xCoAx, which is now online, still comprised of papers, artworks and performances. For the first time, xCoAx is a totally open event where everyone can attend and join the discussion!

The opening of xCoAx 2020 will take place on Zoom (Meeting ID: 858 6972 5053 Password: 978675) on July 8th at 6 PM CEST. The Organising Committee will be extremely happy to welcome you there to meet, greet, network, and exchange impressions and opinions.

Papers have been organised as follows:

There are 6 different sessions, where papers with stimulating connections and overlaps were put together.

The authors were invited to record a 15-minute presentation of their work and to hold a Q&A panel within their session, which was moderated by a member of the Organising Committee.

You can access all the material: abstracts, papers in PDF format, video presentations and the Q&A by accessing xCoAx’s website at 2020.xcoax.org and clicking on “Paper Sessions” in the navigation menu.

You can join the discussion on Twitter by replying to the tweet at the end of each session page.

Artworks have been organised as follows:

The xCoAx 2020 website features a page for each artwork that was selected for the exhibition, where the artists present their work with visual documentation, an abstract, a prerecorded artist talk and other media assets.

You can access each artwork’s page by accessing xCoAx’s website at 2020.xcoax.organd clicking on “Artworks” in the navigation menu.

You can join the discussion on Twitter by replying to the tweet at the end of each artwork’s page.

Performances and Ligeti Hall performances have been organised as follows:

The xCoAx 2020 website includes a page for each performance that was selected for the performance evenings, where the artists illustrate their work with a video, an abstract, a prerecorded artist talk and other media assets.

You can access each work’s page by accessing xCoAx’s website at 2020.xcoax.org and clicking on “Performances” in the navigation menu.

You can join the discussion on Twitter by replying to the tweet at the end of each performance’s page.

The Doctoral Symposium has been organised as follows:

Doctoral students whose research proposals were accepted were invited to a discussion and feedback session with our chairs Marko Ciciliani and Philip Galanter. The symposium has usually taken place in a more secluded part of xCoAx, and we kept with this tradition by not recording the online session to allow for a more relaxed environment where to exchange opinions and give advice. However, the xCoAx 2020 website features a page with all the research proposals discussed during the symposium, which you can access by going to xCoAx’s website at 2020.xcoax.organd clicking on “Doctoral Symposium” in the navigation menu.

For further information on the conference and press materials, please contact the xCoAx team at info@xcoax.org

xCoAx is organized by:

Conceptual objectives of the workshop start from introduction of high resolution scanning technique and are set to address the following issues:

(2.) meaningful introduction of the principles of 3D scanning to the art students with no previous experience in 3D animation or computer graphics.

(3.) portable scanning device as a reality recording engine similar to photo and video camera used in documentation and

(4.) raw scanned data as artistic material—what are the strategies.

During the workshop participants will be introduced to the file conversion technology and the principles of scan-based character design.

The main practical focus areas of the workshop are:

B. Based on the 3D scans to deliver a graphically articulated object (creature, character, animal, letter, symbol or humanoid),

C. To animate the combined scanned elements in a way which corresponds to the artistic concept.

16.00 – 18.00 Introduction to and practical training on how to use EinscanPro scanner.

14:00 – 15:00 Brainstorming of the key concepts of the individual projects. Formation of the working groups, establishment of the work-flow.

15:00 – 17:00 Individual scanning exercises. Students are expected to bring their own objects to scan.. Learning to apply different techniques based on the light conditions and size of an object. Specifics of scanning human.

14:00 – 16:00 – Philosophical and practical aspect of scanning addressing interests and technical level of 2nd and 3rd year animation students. This section of the workshop/ conference will encompass philosophical/historical aspects of scanning and also technical issues especially usability of this class of devices as a tool suitable for artistic expression.

Zilvinas Lilas is since 2004 a full-time professor at the Academy of Media Arts, Cologne (Germany). In his academic career Prof. Lilas has been consistently engaged with the phenomenon of new technologies as an universal tool for creative self-expression.After graduating Vilnius Art Academy in painting (Diploma 1991) and the Ohio State University (MFA studio arts 1998) Z.Lilas was professionally engaged in Hollywood as technical director at such companies such as Walt Disney Studios, Oddworld Inhabitants, where he worked on a number of animated films, games, publications, and television projects including Treasure Planet, Chicken Little, and others. 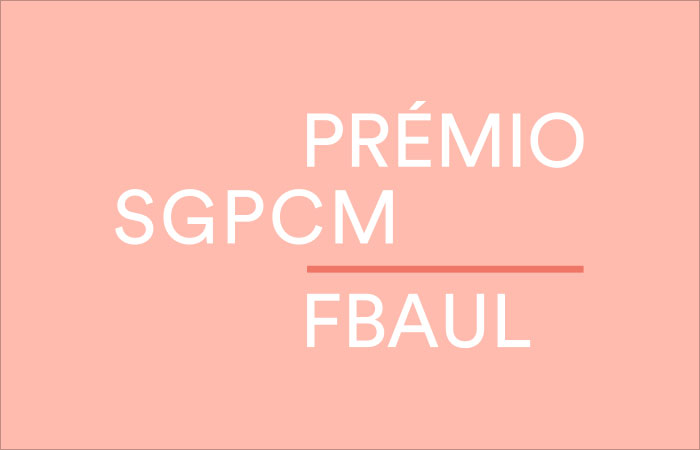 A máquina como metrónomo do prazer.

A ansiedade no decurso da vida, 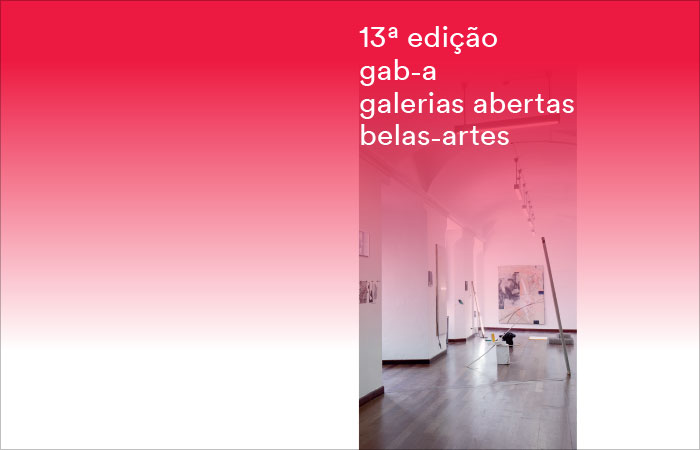 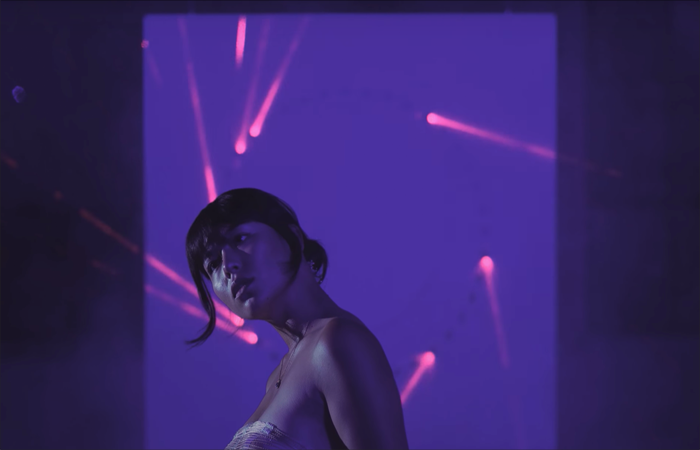 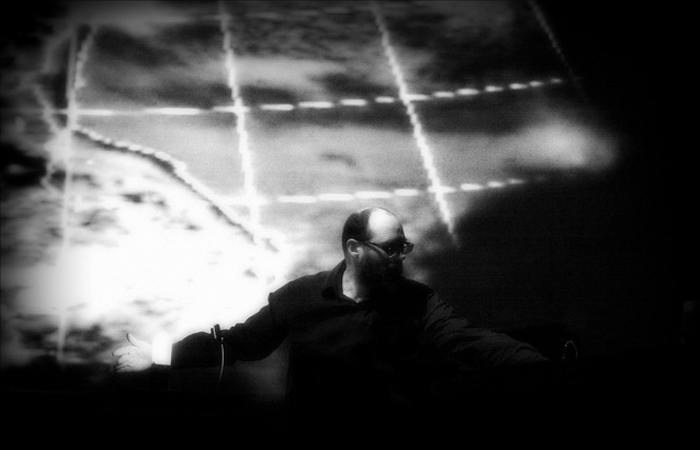 The aim of the third edition of The Left Conference, Photography and Film Criticism is to debate the use of photographs and film from a leftist stance. In particular, to critical examine and explore the relation of documentary practices with political commitment in different historical circumstances throughout the twentieth century and the early twenty first century.
The seminar/conference together will take place at the Faculty of Fine Arts of the Universidade de Lisboa on the 9th and 10th November 2018.

Faculty of Fine Arts of the Universidade de Lisboa

More info on the conference: